You are here: Home > Why Paleo? 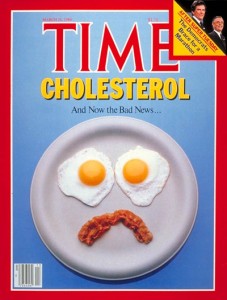 Why Paleo? Why indeed? I started out writing this article and it ended up being why I ended up following the Paleo / Primal style of eating but that ended up being too long and I figured, you are reading this because you want to know why YOU should be eating Paleo.

Diet and nutrition, it’s almost a joke industry! Vegetarian diets, vegan diets, juice diets, cabbage soup diets, low fat diets, high carb, low carb, 30 bananas a day – just what the hell are you supposed to eat to be healthy? Until very recently, it seemed that no one could answer this question and everywhere you looked someone else had a different diet solution to peddle.

Time to get serious

In 2009 my wife got some pretty scary health news, being the huge geek I am I instantly consulted the Internet and dove into the research. The thing that came up again and again was diet. Over the next three years, and even now, I have been tirelessly researching the perfect diet for our health, which, as it seems ended up being the perfect diet for human health, which, ended up being the Paleo diet.

Evolution of the Paleo Diet

Ultimately, as these things have a habit of doing, the answer ended up being painfully simple and came from looking back at our ancestral history and evolution. The Paleo diet theories, whilst born from an ancestral mindset, are all proven and solidified in science.

Something doesn’t add up

Whilst studying the various diet options, one thing that was apparent was that despite what the government may tell us, independent studies show that diets like the Atkins Diet work for weight loss and they even improve cholesterol! Now, I am not saying Atkins is the right approach, but certainly, something doesn’t add up here when what seems to be the most unhealthy of all diets – just meat and fat beats the conventional and vegan/vegetarian approaches into a cocked hat.

The Problem with Conventional Wisdom

The diet we are all told to eat, a low fat diet with plenty of whole grains and carbohydrates is also based in science, problem is, the lipid hypothesis is some old, flawed science from the 1850’s and 1980’s led people to believe that fats and saturated fat were the big problems in the modern diet and were the cause of all of our burgeoning western health issues.

Fat lot of good that did

There is just one small problem, since dropping the fat and protein, our combined health problems have skyrocketed, we are fatter, have more heart attacks and have more diabetes than ever before. Obesity is being touted as the next epidemic so what the hell went wrong?

Fortunately, some clever folks thought that maybe we should look back a little further, like hundreds of thousands of years further. By doing this, and examining how our ancestors lived and ate we have been able to determine what foods we should be eating and living for ultimate health.

The proof is in not eating the pudding

In 2002, when Professor Loren Cordain released the Paleo Diet book, most of the diet suggested was based on theory and hypotheses derived from the ancestral way of thinking. Ten years later, whilst some suggestions have been revised, many of the core elements have now been proven by science illustrating just what a powerful tool the ancestral mindset is for determining our current health needs.

The Paleo Diet book suggest a diet that was based on lots of fresh fruit and vegetables, lean meats, oily fish and the omission of modern neolithic foods such as grains, legumes and dairy. In 2002 no one was talking about omega 3, now, omega 3 is scientifically proven to be of benefit – the paleo diet is a diet rich in Omega 3 fats.

Additionally, vitamin D, now proven to be an important and much needed hormone for our health, was brought to the fray through evolutionary thinking and a Paleo minded researcher. Vitamin D is now so excepted it is a recommended supplement for breastfeeding mothers in the UK. And again, when you look at vitamin D through the eyes of our ancestors, who would have spent a bunch more time outdoor than us, then it all seems so obvious.

Modern science has given us so much yet at the same time we are surrounded with knee jerk reactions towards sunlight and fat that have in some instances done more to hinder than help us. Couple this with a modern and natural farming of animals, a range of foods that we are not well adapted too and we have a recipe for the health disaster we are currently facing.

The Paleo Diet as promoted by Robb Wolf and other forward thinking Paleo folks along with the Primal Blueprint from Mark Sisson provide a modern, scientific, forward thinking approach to diet, exercise and healthy living. It can help you lose weight, keep it off, improve blood lipid readings, increase performance and speed up recovery. It can prevent illness and certainly help and in some cases cure other illnesses where modern medicine has little to offer.

Paleo has changed our health and has changed our lives – if you have a problem, and no one else can help, and if you can be bothered to follow some simple principles, the Paleo Diet can help.