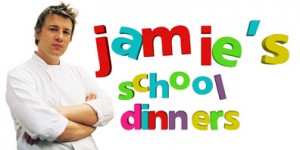 I was interested to read on the BBC web site that England footballer Steven Gerrard & chef Jamie Oliver are co-signatories of a letter, sent to the prime minister, asking for cooking & nutrition classes be added to the school curriculum. The article also stated that the government was committed to tackling obesity & had introduced its own program called the ‘Calorie Reduction Pledge’, part of the bigger ‘Public Health Responsibility Deal’, which is aimed at helping people cut their calorie consumption & has so far received an impressive list of partners, comprising of food and drink retailers, manufacturers and the Subway restaurant. (full list of here). Health secretary Andrew Lansley went so far as to say that ‘Eating and drinking too many calories is at the heart of the nation’s obesity problem’.

If, like me, you’ve looked into the science behind the Paleo diet or read the many books about the science of nutrition, such as those by Gary Taubes, you will probably be disappointed by what you’ve just read in my first paragraph. Not by the fact that there are many people, including celebrities and members of the government, that are seemingly concerned that we eat a healthy diet but by the fact that they have got it so wrong. To reduce a massively complex issue, such as that of the health benefits or otherwise of the food that we eat, to a lazy soundbite such as ‘we need to eat less calories’ is irresponsible. One of the pledges made by Sainsbury’s is to ‘reduce fat and saturated fat’ in its own brand products, once again demonising fat with no mention of the potential dangers of excessive carbohydrate intake in our diet and relying on flawed science for its justification.

The really sad aspect of this is that I believe that people want to eat a healthy diet and are largely following the government’s line on the ‘conventional wisdom’ approach to food, believing it to be correct. I admit it’s anecdotal, but the fridge where I work is full of ‘low fat’ yoghurts, spreads, milk and cheeses and at lunch time the plates are full of whole grain carbohydrates such as bread, pasta and rice. If anyone has white bread there will invariably be some light-hearted banter about it being unhealthy which usually shames the miscreant into coming up with an excuse to justify why they didn’t choose the ever-so-healthy whole grain version.

Surely something has to be wrong if we need eat a diet made up of foods that have been modified in so many artificial ways. Bread and cereals are fortified with minerals and vitamins as they are so lacking in their natural state and other foods have to have the fat removed to supposedly make them healthier for us. At what point did we accept that for food to be healthy it needs to be processed in some way – refined, fortified or tampered with; when did we start to think that we were more intelligent than nature and that the food we’d happily been eating for thousands of years needed ‘improving’ upon.

I wonder what Jamie Oliver would make of the Paleo diet or whether he has read any of the books on nutrition that don’t endorse the current ‘conventional wisdom’ approach to food, sadly I suspect not? Hopefully, sometime soon, there will be a full reevaluation of nutrition and the government will start endorsing a more Paleo-like approach to eating, removing the over reliance of nutrient-lacking cereals & promoting the eating of grass-fed meat & line-caught fish, maybe then we can truly start to become a healthier nation.

Leave a Reply to marcusmiller Click here to cancel reply.